Mapbox on Chrome on Android

I’ve been working on a web app for a friend that includes geolocation functionality. I have been prototyping using the mapbox-gl.js API, and combined with the turf.js library and have managed to create a very functional client side application in good time. I have been very impressed with how easy it is to create a map and overlay a variety of featues.

Along the way I’ve had a refresher in Javascript, having come up to speed with HTML5 features and Promises, require.js and unit testing using qunit. I am finding development very productive and much less frustrating with the diamond of death out of the way…

And I love the newer functionality like HTML5 SpeechSynthesis!

Of course, the browser merry-go-round still exists even if it has been held at bay for a while.

I have struck a bug where the webGL part of mapbox seems to have some issues when run in Chrome on my Android tablet. Which is a bit annoying because the tablet is one of my main targets for this app.

Essentially, it seems that once you try and interact with the map, such as adding features, or using two map instances on one page, the map will “blank out”. Even doing nothing other than showing the map, and then attempting to finger drag causes the problem. This seems to be specific to the latest version of Chrome on Android; this demo works everywhere else I tried: Firefox (Linux, Windows, Android), Chrome (Linux, Windows), Safari (iPad) even IE (Windows)

There is a demo here.

Demo Working (on Firefox on Android) 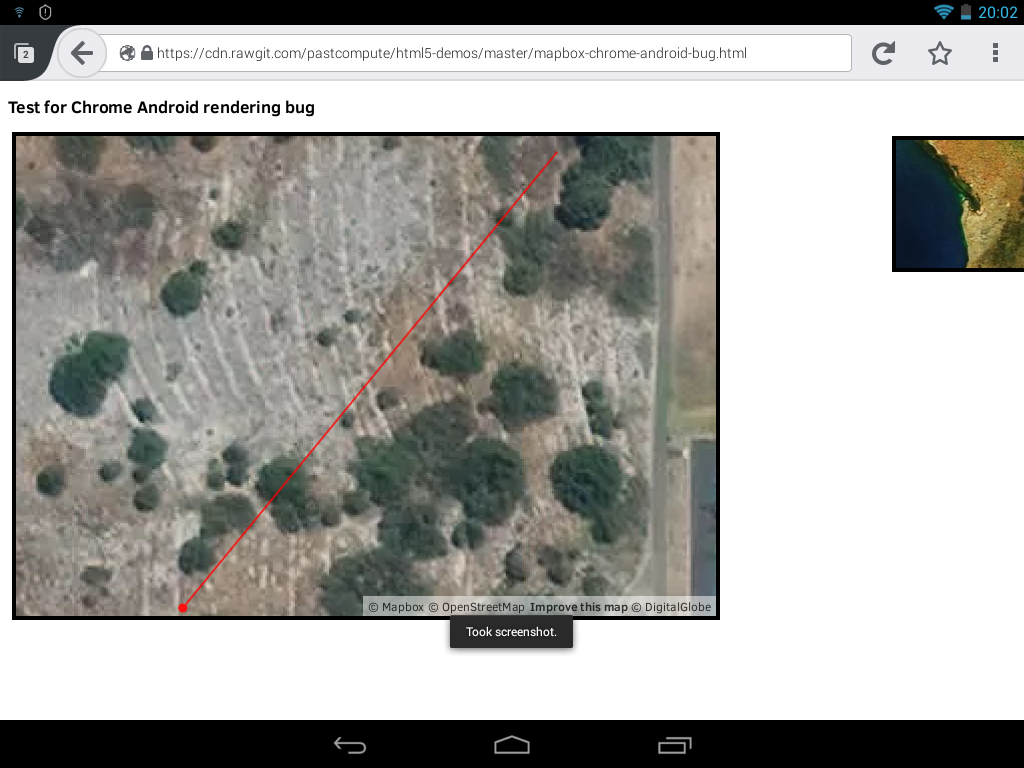 Demo Not Working (on Chrome on Android) 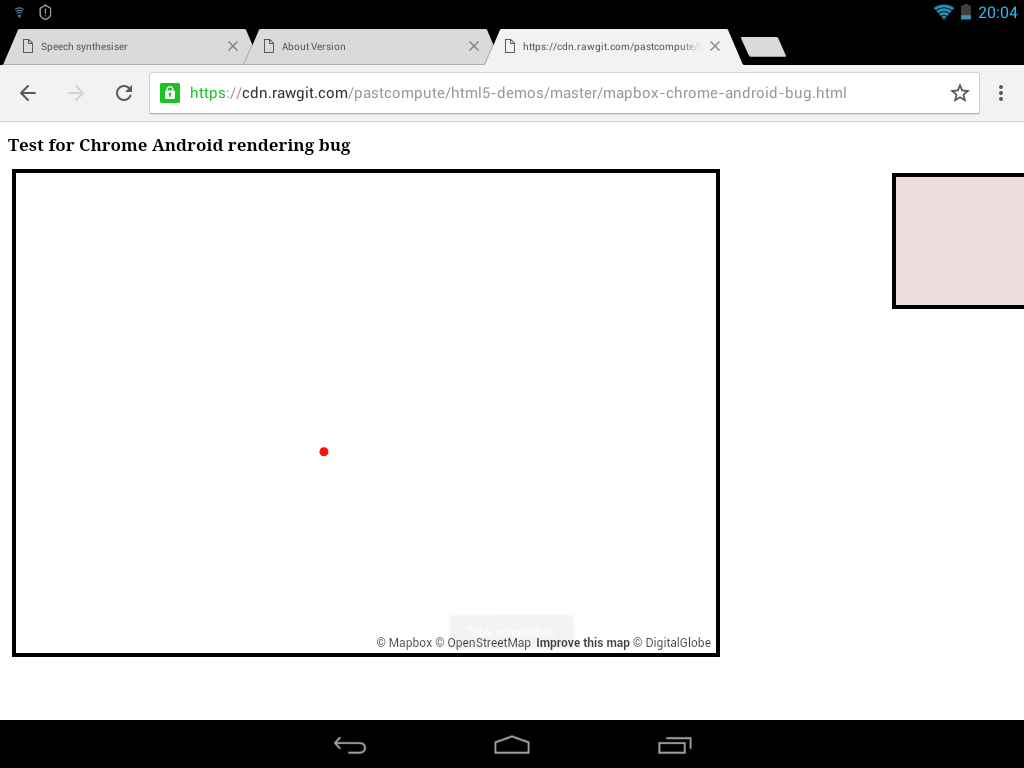 One thing I noticed is a bunch of warnings in adb. Possibly this provides some clue.

I’ll post an update if I make any further progress.